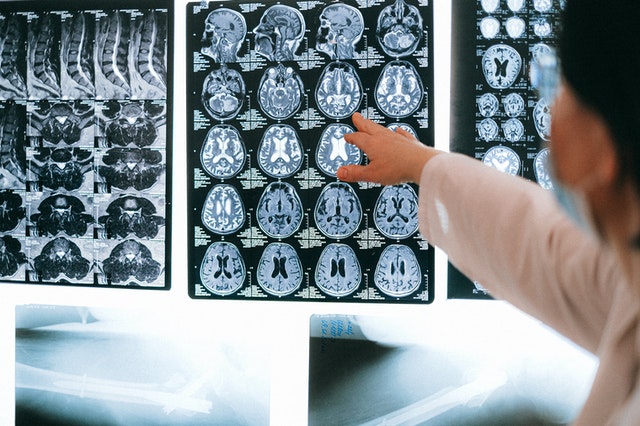 Nootropics are a relatively new form of cognitive enhancement made up of natural substances and prescription drugs. When people take these substances, they usually do it to improve their mental abilities.
Nootropic substances are known to produce neurotransmitters that influence mood and energy levels.

It is unclear how much nootropics can improve the brain’s functioning, and there has been limited research in this area. The benefits that have been found include improved energy levels, memory, focus, and mood.

Some of the side effects listed from using these substances include headaches, nausea, and sleep problems. This article will discuss how these substances work on our minds and what the future may bring for nootropics.

What are nootropics, and how do they work?

Nootropics are a form of brain enhancement that includes several natural substances and prescription drugs. Some people take them to improve their mental abilities, while others use them to treat disorders such as ADHD or Alzheimer’s disease.

It is suggested that the brain works by firing electrical pulses called Action Potentials (APs) in long chains. The more APs that fire in this chain, the more our brains produce neurotransmitters, like GABA or glutamate. These neurotransmitters can influence mood, energy levels, memory, and even pain levels. Nootropics work by altering these action potentials to create neuroplasticity and help increase cognitive function.

Research has shown that some of the most common nootropics effectively improve memory and increase cognitive function. It is unclear exactly how much nootropics can improve our cognition, but many people report feeling more alert with increased energy levels. Some people believe that taking nootropics can help prevent the development of neurodegenerative diseases like Alzheimer’s disease.

Some of these substances include modafinil, piracetam, and methylphenidate. Modafinil is a prescription drug used to treat sleep disorders that have been found to increase cognition by up to 30%. Piracetam is an over-the-counter supplement thought to improve memory without increasing energy levels. Methylphenidate is a drug used for ADHD patients that have also been shown to have some nootropic features.

Concerns with the use of nootropics

Like all drugs, there are many possible side effects when taking nootropics. These include headaches, nausea, reduced appetite, and sleep issues. However, the long term effects of these substances are unknown because it has not been studied extensively.

There is not a lot of long-term research on using these substances for cognitive enhancement purposes, but several studies are taking place to test their effects on the brain. More research needs to be conducted before scientists know if they work for everyone or just certain groups of people.

Many of the long-term side effects are unknown because they have not been thoroughly studied. It is unclear if taking nootropics to improve memory can affect patients with Alzheimer’s disease or if they may even slow down its progress.

It is suggested that nootropics should be used in moderation for people trying to lose weight and maintain a healthy diet. Modafinil has an appetite suppressing effect, which may lead to weight loss for some people but could also cause problems with maintaining healthy body weight. Nootropics have so little information about them that it is difficult to know their full range of effects on our bodies.

Three different types of supplements fall into the category of nootropics. The first type is called racetams, and it includes Piracetam, Aniracetam, and Pramiracetam. Some other substances in this category include Oxiracetam and Phenylpiracetam. Racetams can increase energy levels and improve memory function by interacting with the AMPA receptor.

Another type of supplement falls under the term “CNS stimulants,” and these include Adderall, Ritalin, and Modafinil. These drugs interact with dopamine receptors to help increase attention span, motivation, focus, and energy levels. The final category belongs to prescription ADHD medications known as amphetamines like Adderall and Ritalin. These drugs have been shown to improve cognition, but at the same time, they can lead people to become addicted to them.

The future of nootropics

As technology advances, it opens up a whole new world for improvements in human health and longevity. Brain doctors are now able to look at how the brain functions by using advanced imaging techniques such as MRI scans and PET scans. They are looking at how nootropics can promote neuroplasticity within the brain and help the body repair itself through natural processes like cell regeneration or growth factor production.

There is also research taking place on how these drugs can be used in conditions like Alzheimer’s disease, ADHD, and epilepsy. Scientists are hoping that as they learn more about how our brains work, they will be able to take advantage of this knowledge to help people who are suffering from different types of cognitive disorders and brain injuries.

Recent research has shown how nootropics can have positive effects on the brain. However, there is not enough evidence to declare these drugs as 100% safe or effective for everyone. In order for them to live up to their potential and become widely used, it may take years of testing with people of a variety of ages and different levels of cognition. Scientists are hopeful that we will have better clarity on what types of chemicals interact positively with our brains without causing side effects or addiction in the future. Overall, if taken correctly, some nootropics can help us to improve our lives and brain performance.