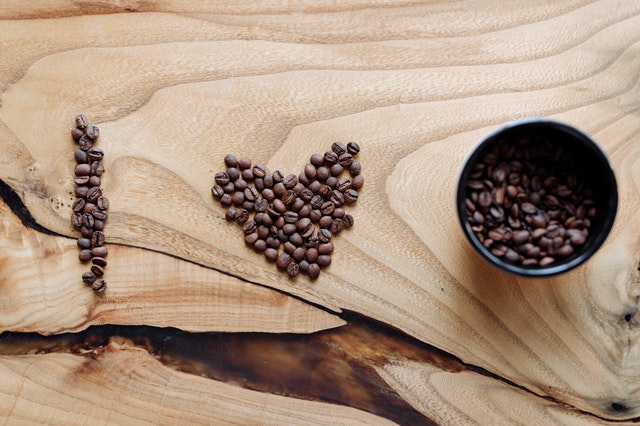 Caffeine. Many of us consume it daily in our coffee (and in a surprising amount of other things too). Many of us also hear the positives of it such as the fact that it has been shown to improve memory consolidation, vigilance, reaction time, motor control performance; it also enhances mood and reduces feelings of fatigue. It is well documented that caffeine improves athletic performance and cognitive function for people who do not regularly consume caffeine or other stimulants like nicotine or amphetamines.

However, research shows that long-term consumption can cause some people to require caffeine addiction help which is caused by withdrawal symptoms including headache, irritability, and drowsiness when you stop.

Before we get a bit deeper into how too much caffeine can be pretty bad for you, let’s dig a little deeper into caffeine in general.

Caffeine is a white crystalline xanthine alkaloid that acts as a central nervous system stimulant. In other words, it has an effect on the body, which causes increased alertness and awareness, causing you to feel more awake than usual. Caffeine is naturally found in plants’ seeds, leaves, and fruits but can still be synthetically manufactured for use in products like tea bags or soda pop.

Caffeine is both water and lipid-soluble, allowing it to be absorbed directly through the stomach or small intestines. Once in the bloodstream, caffeine increases the production of cyclic adenosine monophosphate (cAMP), which leads to increased levels of dopamine and noradrenaline. This increased amount of cAMP also causes direct effects on insulin secretion and blood pressure regulation.

Why does caffeine do what it does? When caffeine enters our system, it changes how we feel because when consumed versus our normal state without consumption of coffee or tea or whatever caffeinated substance we are consuming; caffeine binds to receptors in areas of our brain called adenosine receptors. Adenosines are typically secreted by our bodies to help us relax, and when we consume caffeine, it binds to those receptors, which prevent our body from receiving the “relaxation signal.” This leads to our body still feeling tired, but we are unable to feel that tiredness because of the binding.

This is why we feel more awake and alert.

Caffeine also causes increased levels of dopamine and noradrenaline, both neurotransmitters found in our brains that control many different functions, from attention to sleep patterns. When caffeine increases these two neurotransmitters in your brain, you can experience increased energy or feelings of enhanced ability to focus on things. Increased amounts of dopamine can lead to feelings of euphoria at first, but it can turn into emotions opposite that, such as irritability and depression after a while.

All this information gathered together means that when consuming caffeine regularly (every day) over a long period of time, you will gradually build up a tolerance, requiring more caffeine consumption.

Regular caffeine consumption leads to a tolerance of the drug by suppressing adenosine receptors. As this happens, it takes more and more caffeine to maintain that level of alertness and energy, which can only be achieved with continuous caffeine intake. So basically, if you keep drinking coffee every day to stay awake or focused, then your metabolism ends up working twice as hard to break down all that extra caffeine you are adding into your system.

This whole process will eventually lead to a build-up in our livers or adrenal glands where the built-up toxins can’t be processed correctly and therefore stored away somewhere in our bodies until something else comes along and breaks them down for us.

The long term effects of too much caffeine can result in irritability, headaches and/or migraines, nausea and vomiting, palpitations, muscle twitches, anxiety, panic attacks, worry and nervousness, psychosis, or problems with perception (hallucinations or delusions)

J.A. DeSantis et al. examined the relationships between caffeine consumption and withdrawal symptoms in 159 college students reporting moderate to high levels of caffeine consumption. Consumption was determined by self-report through an online survey that included questions about the number of cups or glasses consumed a day and when they consumed it (morning, midday, or before sleep).

Another study shows that there is potential for caffeine addiction among adults. S. Hoffman et al. examined how caffeine addiction is related to withdrawal symptoms and the severity of dependency using a questionnaire given to 899 adults who do not consume any caffeinated products (Hoffman, 2009). The results showed that participants with a higher level of caffeine consumption were more likely to experience withdrawal symptoms after they quit for five days compared with those who consume small quantities or no caffeine at all.

The last study we’ll share is a study done by G.L. Gormley Jr. et al., which investigates the positive correlation between having a high tolerance for caffeine and experiencing withdrawal symptoms when your consumption goes down (Gormley, 2013). This study also shows that there is an increased risk for dependence among young adults.

Not many people talk about caffeine addiction, but it’s more common than you think. The long-term effects include irritability and depression, headaches or migraines, nausea and vomiting, palpitations, muscle twitches, anxiety, panic attacks, worry and nervousness to psychosis, or problems with perception (hallucinations or delusions).

Long-term consumption effects also don’t mention the health complications from drinking too much sugar at once. We’ve covered some of them in our post on how to stay healthier but things such as type 2 diabetes, obesity, cardiovascular disease, high cholesterol levels, etc., can be correlated to excess caffeine consumption which can lead to even worse problems in the future if left untreated.